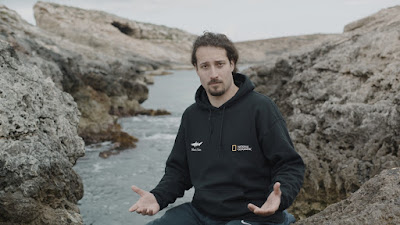 Ever since I have been involved with Sharks and Shark Conservation, I have been fortunate to have met and worked alongside quite a few researchers, photographers, conservationists and shark lovers. Most of the "famous" ones belong to my age group or older, but I am also glad to see a younger generation coming up. One such person is a young man from Bosnia & Herzegovina who I call my "Shark Brother" Andrej Gajić.

I first met Andrej back in 2009 in Brussels, Belgium. We formed part of the Shark Alliance and we were campaigning for better shark conservation regulations at EU level. Since then, Andrej has come a long way in establishing himself as one of today's top Shark researchers, scientist, author, explorer and conservationist. He has even been in inducted into the National Geographic "Explorers Club". It gives me great pleasure to share with you this amazing interview I made with Andrej Gajić.

Posted by The Sharkman at 11:26 PM No comments: 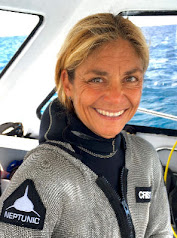 Those that know me know how strong and how deep my love for Sharks and Scuba diving is. It is not easy to find someone that can truly understand how I felt on every dive and even more, on every encounter, and I do not mean just Sharks! Of course, Sharks make it extra special but every marine creature I encounter has something special to offer.

Ok I do not want to be diverted, so to get back on track... I have found that one person who can truly understand me, because she feels exactly the same way I do! ever since I first heard about her and saw her on a video clip filmed by a friend of mine, I could feel that same connection between her and her underwater world. The more I got to know her, the more I could see the similarities in our passion.

She is  the one and only Cristina Zenato.

Now it gives me great please to share an awesome interview I had with Cristina a few weeks ago. If you want to learn more about this amazing woman and her "babies".... just click on this link: Meet Cristina Zenato

Posted by The Sharkman at 1:53 PM No comments:

Back in 2007 a group of NGOs from all over Europe got together under the banner of The Shark Alliance and started talks with the EU fisheries commission to close all the loopholes in the 2003 shark finning ban regulations. That year, The Shark Alliance presented over 20,000 signatures to the EU Commission asking for better regulations.

In 2008, we continued to campaign for better Shark regulations and a total stop to shark finning. We also presented over 100,000 signatures to the EU commission.

In 2009 the EU Fisheries Commissioner released the "Plan of Action for Sharks". This was the first sign that the EU was listening to what the people wanted.
In 2010, the proposal for the ending of all finning at sea was made and this was endorsed by the Council of Ministers.

In 2011, Shark Alliance members meet and proposed the "Fins Naturally Attached - With No Exceptions" campaign.
In Spring of 2012 Parliament’s Environment Committee endorsed the proposal but Fisheries committee had some opposition. The debates were lengthy but finally, in November 2012, the European Parliament voted 566 to 47 in favour of ensuring that all sharks are landed fins naturally attached without exception. The amendments we supported were passed and those we opposed were soundly defeated. The road to victory was a hard one, but at the end, after 6 long years, we did it!
As it stands now, since 2012, the so-called “Fins Naturally Attached” regulation of the European Union prohibits without exception the storage, transhipment and landing of all shark fins in EU waters and on all EU ships. The fins must remain naturally attached to the carcass when the ship is unloaded in port. The fins can then be separated from the animal and exported to Asia.
It is now time to take further action. As of 2012, EU citizens have had the right to apply directly to the European Commission.  The Stop Finning EU Organization has initiated the European Citizens’ Initiative in order to propose a concrete legislative amendment, a total ban on the shark finning trade! To do this, your support is needed. If you are a European citizen, click here and vote now.
SHARKS NEED YOUR SUPPORT! 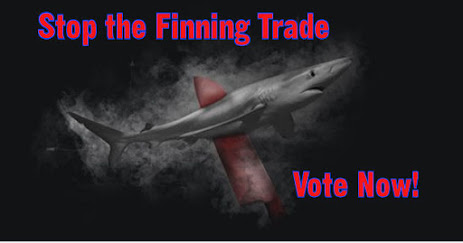 Posted by The Sharkman at 7:13 AM No comments: 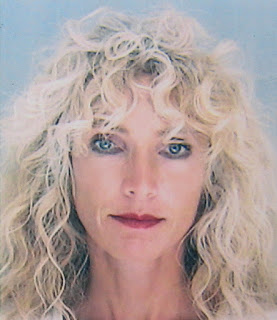 She is an extraordinary woman of many talents. She is an Ethologist,  a wildlife artist, an author, a Shark Behaviour Specialist Advisor and a shark conservationist to name just a few. She is Ila France Porcher.
You can read about Ila in the interview that I had with her by following this link: The Sharkman meets Ila France Porcher.
Posted by The Sharkman at 1:47 PM No comments:

Due to serious personal and health issues, this blog has not been updated for a few years. I will try to start doing regular updates as much as possible. Here is the first important news.
Sharkman's World and Sharklab-Malta have always believed that collaboration is the most powerful of tools. It is through this that Sharkman's World website is now officially integrating years of precious and important research and information into the Sharklab-Malta website.
Sharklab-Malta and I will continue to work side by side as we have since the beginning to collectively make a difference.
As of today, the official new link is: Sharkman’s World – Sharklab-Malta (https://sharklab-malta.org/sharkmans-world/)
Posted by The Sharkman at 11:10 AM No comments:

"Of Shark and Man" Official Trailer 2015

I cannot wait for the full documentary...... David Diley has created a SHARKSTERPIECE!! 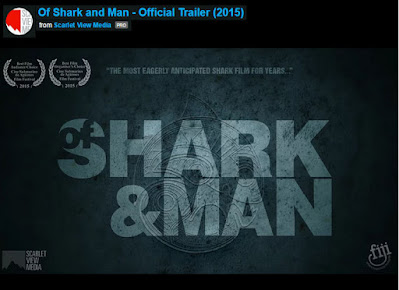 Click here to watch
Posted by The Sharkman at 3:44 PM No comments:

I just received some very sad news from my friends at Beqa Adventure Divers, Fiji. Rusiate "Rusi" Balenagasau passed away in his sleep yesterday. He was 55 years old.

I met Rusi when I was invited over to spend a month at the Shark Reef Marine Reserve during the "2009 International Year Of The Sharks". I immediately "clicked" with this great kind, gentle and lovable man....a true shark lover....  He was an amazing shark handler and knew each shark by name and watching him handling a shark was like watching a dancing couple. Rusi was also an icon in shark conservation. He was always ready to share his amazing knowledge and was a friend and teacher to all that knew him.

I will never forget the awesome dives and the knowledge that he shared with me. It was an honour to have met the man in the yellow hood. He will surely be missed but his spirit will live on with those that knew him. My prayers and condolences to his family and friends